The so-called 'Unitary Package', apart from being an elaborate system establishing not only a new European patent but also a new court, will have a wide-ranging effect on:

If until now a European Patent needed, as a result of the grant, to be divided into as many national patents as were the countries of interest to the patent holder, the new Unitary Patent comes into play at the end of the granting procedure of a European Patent, automatically extending its effects within all the Member States of the European Union that have ratified the UPC agreement.

The Countries of Reference for the Unitary Patent and the UPC

If all the States that have currently signed the UPC agreement ratify it, the Countries involved will become 24 (in green on the map).
At the moment the entry of: Spain, Croatia and Poland is not foreseen. 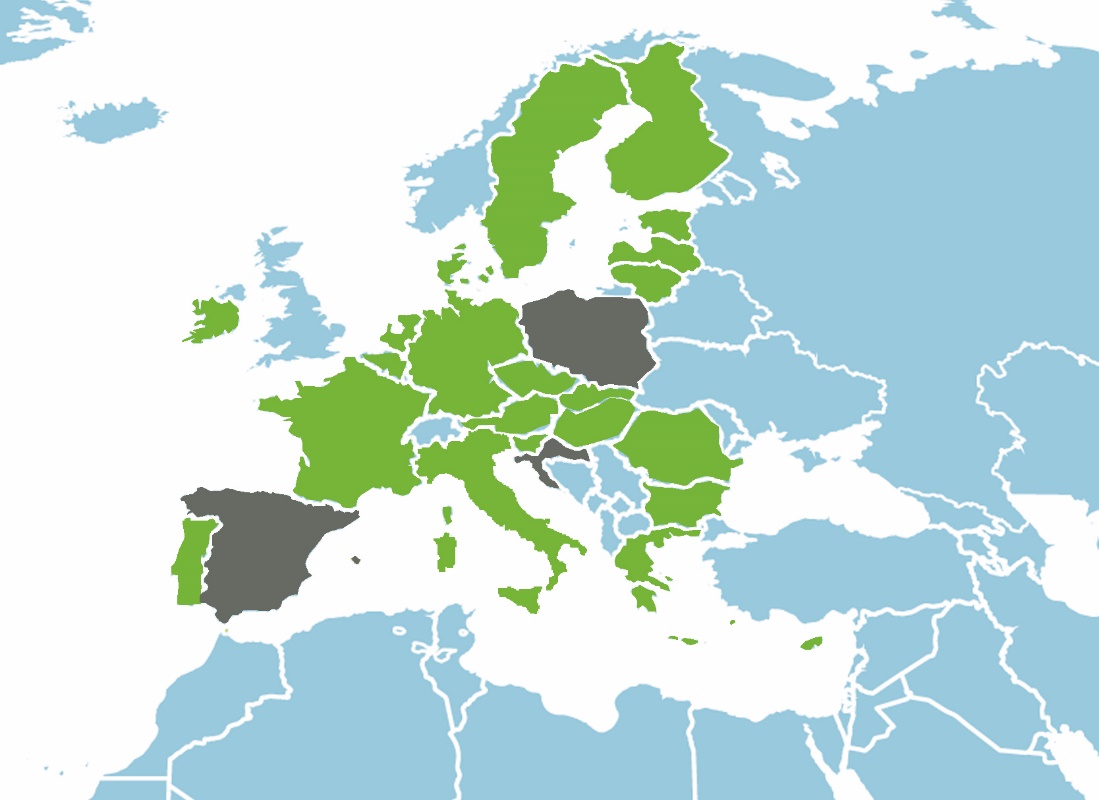 The role of the Unified Patent Court

The Unified Patent Court is a single court that will be competent for disputes relating to both 'standard' European patents (i.e., those granted by the European Patent Office - EPO and individually validated in the countries concerned) and 'new' Unitary Patents.
Its decisions will be binding on all countries that have joined the agreement at the time of its activation, as well as on countries that over the years will decide to join.

Unitary Patent or 'standard' European Patent, which is more convenient?

The more it is intended to extend (at territorial level) the effects of a patent, the more cost-effective the Unitary Patent will be. In the event the holder is interested in at least 4-5 countries of the Union participating in the agreement, the Unitary Patent entails lower costs than the individual national validations of the European Patent: both because of the absence of a validation phase and because of the lower amount of annual maintenance fees. In a nutshell, aside from strategic considerations that will have to be assessed on a case-by-case basis, as the number of countries in which protection is to be extended increases, so does the convenience of the UP compared to the 'standard' European Patent.

Net of strategic considerations that will have to be assessed on a case-by-case basis, as the number of States in which protection is to be extended increases, the convenience of the UP also increases compared to the "classic" European Patent. Every strategic consideration must take into account the fact that the Unitary Patents are immediately under the exclusive competence of the UPC.

Unitary Patent: how to be ready

Although the 'Unified Package' will come into effect in early 2023, some actions can be taken before the system begins. In fact, as soon as the last necessary instrument of ratification (the German one) is submitted, it will be possible to take: