As has already been reported on this blog (see here), the Court of Justice has annulled the decision of the General Court saying that the refusal of EUTM application FACK JU GÖHTE for being (allegedly) contrary to accepted principles of morality was incorrect (judgment of 26 February 2020, C- 240/18P). This refusal raised a number of questions including which (if any) role freedom of expression played in EU trademark law.

As we already know (see previous comment), the US Supreme Court held unconstitutional the provisions that prohibits registration of disparaging trademarks or trademarks consisting of or comprising immoral or scandalous matter, because they discriminate on the basis of viewpoint and therefore violate the free speech clause. But so far the CJEU had not had the opportunity to have its say on this issue.

While the GC had ruled out that freedom of expression was to be given any weight in the field of trademarks (Case T‑69/17, § 29, here previously commented), the CJEU has finally held (cf. at § 56) that freedom of expression must be taken into account in the balancing of the rights at stake when assessing whether a trademark is in contrast with accepted principles of morality.

Will this express acknowledgment be applied (and how) by EUIPO and the Courts? Perhaps, and soon enough. 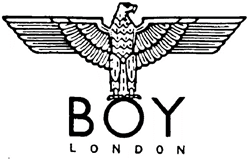 appealed), a commercially successful trademark that has been in use for 40 years and endorsed by many celebrities. Here, the EUIPO, in support of its decision to cancel the registration, affirmed the (allegedly) secondary role of freedom of expression in trademarks:

Interestingly enough, the argument that ” refusal of registration only means that the sign is not granted protection under trade mark law and does not prevent the use of the sign – even in commercial matters” echoes arguments which were made to justify the USPTO’s refusal to “THE SLANTS”. Nonetheless the US Supreme Court did not consider these arguments convincing, finding instead that a (federal) registration “confers important legal rights and benefits on trademark owners who register their marks” as EUIPO should know as well, being in the business of granting trademark registrations in the first place.

We’ll have thus to wait and see what the Boards of Appeal will say, and how and if freedom of expression will play a greater role in its decision on this case and generally in the application of Article 7(1)(f) EUTMR going forward.