We all felt that after the Red Bull decision (Case C-124/18, see here at http://trademarkblog.kluweriplaw.com/2019/08/13/no-monopoly-on-blue-and-silver-for-red-bull/), pure colour combination marks were a thing of the past.

However, like in any respected zombies’ movie,  they are back even though, for how long is not so certain. 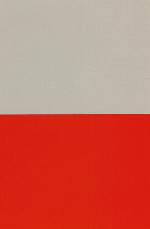 Giro Travel Company filed an application for a declaration of invalidity against this mark. The Board of Appeal (BOA) declared the mark invalid because its representation was not clear and precise enough. This was more or less expected given that the CJEU in Red Bull had held that if the description of a trademark, composed of a juxtaposition of colours designated in the abstract, gives rise to a multitude of combinations of the colours, such for example by describing only the proportions of the colours concerned, the registration is not sufficiently clear and precise.

This time the GC held that the description of the mark, together with the graphical representation as shown above, was able to determine with sufficient clarity and uniformity the protection afforded by the mark, since there was no evident contradiction between the representation of the mark and the way the colours were affixed to the chainsaw. 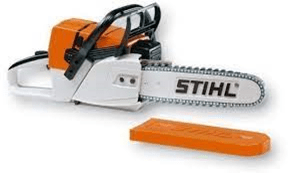 According to the GC, the average consumer only rarely has the chance to make a direct comparison between different marks and must rely on their imperfect recollection. Therefore, “It follows that, irrespective of the precise shape of the housing, the information provided by the description accompanying the graphic representation enables the consumer to view a particular object, namely a chainsaw housing with two parts, the upper orange in colour and the lower grey in colour, and to recognise it at the time of purchase.” At §39.

Really? Besides that consumers shopping for a chainsaw rarely (if at all…) have the chance to read “the description accompanying the graphic representation”, saying “irrespective of the precise shape of the housing” implies that the shape of chainsaws and of their housings are always more or less the same.

But the BOA had indeed noted that not all chainsaws have the same shape (at §37), and indeed a quick search on the Internet reveals that far from having all the same shape and having the “chainsaw housing” in two parts, i.e. the upper and the “lower”, there are dozens of chainsaw models where, well the housing is just in one piece

or they have a front and a back 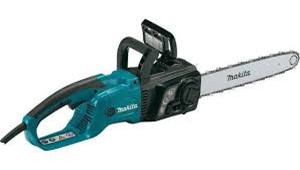 So how did the GC reach this remarkable result? Well, for the GC “the description of the mark at issue makes it clear that the combination of colours which is the subject of the protection in question does not take just any form of chainsaw housing, but rather the shape of a housing which is visibly divided into two parts, one upper and the other lower. That clarification, contained in the description of the mark at issue, places a greater limit on the shapes which the chainsaw housing may take” at §37.

Maybe so, but the EUTM registration does not designate “chainsaw housing” but “chainsaws”.

Something does not compute…

So even taking into account the significant differences between the chainsaw and the energy drink markets, it does appear that this case was looked upon with rather more benevolence than the case of the blue-and-silver colour combination of Red Bull.