On 21st December 2021, the General Court (GC), in case T-369/20, dealt with “likelihood of association” setting out a double test which seems to be at odds with the previous case law, notably the landmark Sabel case (C-251/95).

The EUTM application “CEFA Certified European Financial Analyst” in classes 9 and 41 was opposed on the basis of earlier registrations for CFA, CFA INSTITUTE, 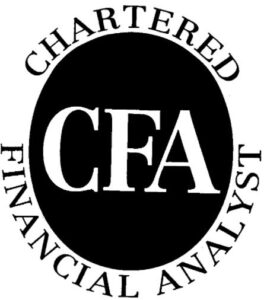 The EUIPO upheld the opposition on the basis of the word mark CFA only, and the Fifth Board of Appeal (BOA) confirmed. According to the BOA, since the relevant public would understand the letter “E” of CEFA with the meaning of European, there would be the risk that consumer associate the signs, believing that the mark applied for is a “European arm” of a global or national entity “CFA” (paragraph 55 of the BOA’s decision).

On appeal to the GC, among others, the applicant argued that the BOA’s findings about a likelihood of association was based on erroneous assumptions which are unrelated to the reality of the market. According to the applicant, companies never modify their marks by adding another letter to their usual marks or acronyms.

Curiously, the GC interpreted this as tantamount to stating that the mark applied for did not have any characteristics which were capable of creating an association between the sign applied for and “any series of earlier marks”, at § 43.  The GC then proceeded to set out two cumulative conditions that must be satisfied for establishing a likelihood of confusion: 1) it is necessary to establish that there is a series of earlier registrations; 2) the mark applied for must not only be similar to the marks belonging to the series, but also display characteristics capable of associating it with the series. Since these conditions were not ascertained in the BOA’s decision, the latter shall be annulled.

Not only is it unclear how the GC came to consider a “series of marks” argument as there was no trace thereof in the first and second instance decisions. More importantly, such a sweeping language, and in particular the requirement that likelihood of association requires “a series of earlier registrations” does not seem consistent with the concept of “association” which is “not an alternative to that of likelihood of confusion, but serves to define its scope” (Sabel at §18). In other words the risk of association does not depend on whether or not there is a “series of earlier registrations” but rather, as we all know,  “on numerous elements and, in particular, on the recognition of the trade mark on the market, the association which can be made with the used or registered sign, the degree of similarity between the trade mark and the sign and between the goods or services identified” (cf. Sabel §22), i.e. all factors relevant to the circumstances of the case.

It is certainly true that when an opposition is based on ‘series’ (or ‘family’) of marks, a likelihood of confusion may be created by the possibility of association between the applied mark and the earlier marks forming part of the series, for example when “consumer may be mistaken as to the provenance or origin of goods or services covered by the trade mark applied for and consider, erroneously, that the latter trade mark is part of that family or series of marks”  (at § 54, C‑317/10 P, UniCredito). Nonetheless, although the assessment of likelihood of association in case of a “series” of marks is based on different factual premises, still confusion by association does not require a “series” but may very well exist with regard to one single earlier mark.

Indeed, likelihood of confusion not only includes the hypothesis that the consumer directly confuses the signs, but also when the consumer makes a connection between the conflicting signs and assumes that the goods or services covered are from the same or economically linked undertakings, (the so-called “likelihood of indirect confusion”,  cf. Sabel at §16)  regardless the presence of a series of marks.

Thus begets the question: was the GC oversimplifying or is trying to create new law?